It has been a really rough couple of weeks around here. My Dad, Nathan and Madison’s Papa, had carotid artery surgery on January 30th. The recovery was not the best. He was tired and he did not really have much energy after the surgery. He was sore and just not his usual self. On February 15th it got to the point where he needed to be taken to the Emergency Room. If anyone knows my Dad, if he asks to go to the Dr. then it really has to be bad. He had severe internal bleeding. The problem is that they could not find the source. They ran a bunch of tests, but it left the doctors stumped. They transported him from one hospital to another in the hopes that they would be able to figure out what was going on.

They did many tests that did not reveal anything. They finally they had him swallow a camera pill. That was on Thursday, February 20th. They hoped to get the results that evening or the next morning. Mom was with him the whole day and it was just another normal day in the hospital. I had talked to him earlier in the day and he sounded fine to me. I had just gotten into bed for the evening and the phone rang at 10:15 and it was my Mom. The connection was really bad and I could not hear her at first. Then I heard her and she said, “Your Dad has collapsed and they had to resuscitate him and he is on a ventilator, go to the Emergency Room.” My heart sank. I immediately called the best neighbor and friend in the world and said I need you to come and stay with the kids. Jay and I were in the car in a matter of minutes.

We drove to the hospital and we made very good time. When we got to the ICU, Dad was hooked up to all sorts of tubes and wires and a ventilator was breathing for him. The doctor came to talk to me and Jay and told us that he had collapsed in his room and they had to do CPR for approximately 6 minutes. They told us he had suffered a massive heart attack. They were doing everything they could to help him. Then my brother and Mom got there. We all got around my Dad’s bed and prayed. It was so sad to see him like that. I remember when he had open heart surgery and he was like that afterwards and it was a sight I never wanted to see again. We stayed for the longest time just being with him and talking to him. Around 4 in the morning, Jay and I had to leave to get home to get the kids to school. My Mom and brother stayed the night. We went home and slept for a little bit and then went back to the hospital.

The camera pill produced results; they were able to find the source of the bleed. Friday, Dad went in for surgery to remove a portion of his small intestine and his appendix as a precaution. They were pretty confident that they found the source of the bleed. Time would tell. Dad spent several days in the ICU. He was able to come off the ventilator and was able to recognize us. He was a little confused; we would have to remind him where he was at times. It is very common, especially in the ICU to become disoriented. There are no windows, no light, and no sense of time. I can only imagine how frustrating it was for him. He was moved out of ICU on Monday night.

This past Friday they did an angiogram to determine the damage done to his heart. It turns out that his heart is only operating at 20-25%. He needs to have stents put in, however the kind he needs require him to go on two blood thinners for 12 months. Once the stent goes in, they cannot take him off the blood thinners. So while they were doing the angiogram, they had told us if they could fix it at the time they would, but if they didn’t feel comfortable they would not. They decided not to because they wanted to check with Dad’s surgeon to ensure that he was confident that they removed the source of the bleeding. They cannot risk putting him on blood thinners if there is a chance of him bleeding again.

So, all the doctors will talk on Monday and come up with the best treatment. Then on Tuesday they will do another angiogram to place two stents. At this point that is what we have been told. Dad is very tired and just wants to go home. Mom has been by his side every day. She is the most amazingly strong woman I know. She has woken up every day, driven a 30 minute drive, spent the day sitting with Dad and then drives 30 minutes home and does it all over again the next day. She is exhausted, but never once has she complained of anything. She is just plain remarkable. I could not ask for a better example of what it means to love someone. She loves my Dad with her whole heart in the most unconditional way.

On Tuesday, Jay and I have to take Nathan to Children’s Hospital for an overnight stay. He will be having an MRI under general anesthesia and then we have to check into the Epilepsy Monitoring Unit for an EEG. Needless to say, my heart is torn. I want to be with my Daddy to make sure all goes well, but my son needs me with him. It will be a hard time for us, but we are all doing what we need to do to get through a very tough situation.

We appreciate the prayers for our family. We have been through a lot and have a long way to go. Thank you for loving my family. It means the world to us to know that we have people who care.
Stacey 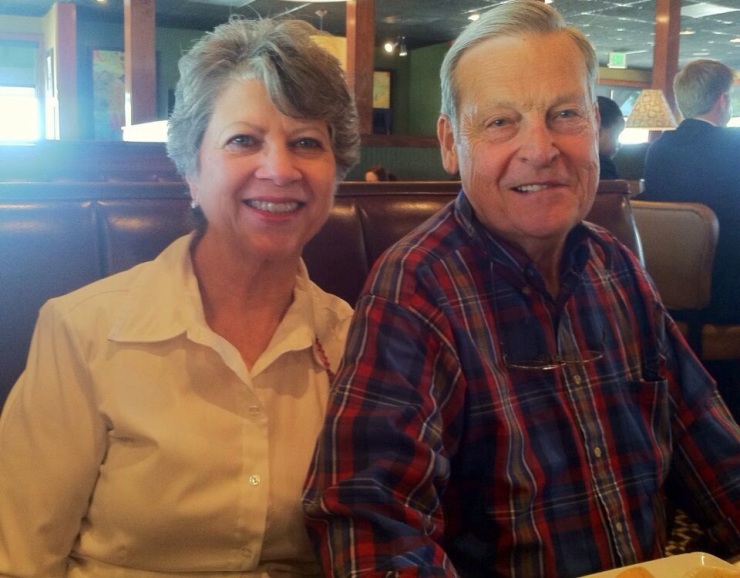